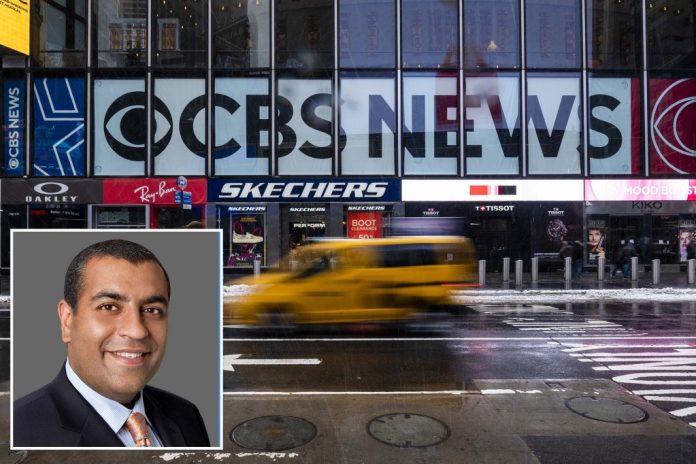 A prime editor at CBS News resigned final week after clashing with the community’s co-president over whether or not to rescue Afghan journalists and fixers from the chaos-ridden nation final year, The Post has realized.

London Bureau Chief Andy Clarke, a 38-year CBS veteran who was answerable for dispatching journalists all over the world, stepped down final week after a number of disagreements with CBS News co-president Neeraj Khemlani over funds cuts, in accordance with sources near the community.

Clarke’s breaking level, insiders stated, got here when Khemlani initially refused to pony up money to extradite Afghan journalists and fixers who labored for CBS final year when President Biden ordered US troops to tug out of Afghanistan.

Eventually, Clarke received a standoff and satisfied Khemlani to pay and ship the Afghan staffers to Canada, sources stated. Nevertheless, the reluctance of Khemlani — who, as reported by The Post, has been razor-focused on slicing prices on the community — pushed Clarke over the sting, insiders stated.

A rep from CBS informed The Post: “There have been no cuts to resources or requests denied out of Afghanistan. We are in investment mode. Whether it’s growing the number of employees, which is up year-over-year, or creating more inventory across our shows for international reporting, or working with an outside firm to build a tech solution that will help our newsgathering.”

The rep added: “These claims are patently false and made further ridiculous after we just delivered a live hour co-anchored from Ukraine on our streaming channel.”

But sources near Clarke stated in any other case, claiming that the fixed battle with Khemlani pushed Clarke over the sting.

“Andy didn’t want to leave CBS, but emotionally, he couldn’t afford to stay,” a supply stated.

“It’s devastating for the network,” one other supply stated. “Andy Clarke was the type of professional who made the most of the limited resources that were available by CBS to cover the world.”

Clarke, whose final day is March 25, alluded to the Afghan scenario in a word to staffers final week.

“I held on through Christmas as I wanted to make sure our Afghan colleagues would make it to Canada and that is guaranteed to happen in the next few weeks,” Clarke wrote. “It’s been a largely enjoyable 38 years, for many I was privileged enough to have a front row seat helping to write the first draft of history.”

One supply near the community insisted that Clarke wasn’t denied something he was asking for when dealing with Khemlani.

His exit is the newest in a stampede throughout Khemlani’s 10-month stint as co-president of the information division. One CBS insider griped that Khemlani, an exec who comes from the Hearst publishing empire, “doesn’t know what things cost” at a worldwide TV community.

“There’s not enough oversight over Neeraj,” one other indignant CBS worker stated. “This should be a wake-up call to people.”