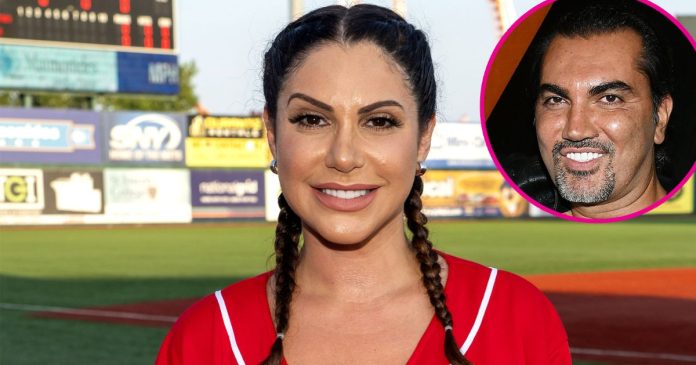 “I’m glad I stayed … and forgave,” the Bravo star, 44, wrote by way of Instagram on Thursday, February 3, alongside a throwback photograph of her household.

During the Tuesday, February 1, premiere of RHONJ, costar Margaret Josephs revealed that she knew about Bill’s earlier infidelity. Ahead of season 12, Jennifer solely instructed Us Weekly that she stored the knowledge below wraps for “the greater good” of her household — and that she has “no idea” the way it was uncovered.

“I thought nobody would ever find out. … I never told anybody,” Jennifer defined. “Nobody knew — [not] my mother, my sister, my best friend, my cousin. Like, when I say I was taking it to the grave, I kept that secret inside.”

The couple met in 2001 and tied the knot one year later. They share 5 youngsters: son Justin, daughter Gabby, son Jacob, son Christian and daughter Olivia. Jennifer confessed that she realized about Bill’s infidelity “days” earlier than Christian, now 11, was born and determined to maintain the key for the advantage of her children.

“I wanted to go through the motions of playing this game of life, so to speak, to try to put on a brave face for my children,” she instructed Us, including that her children have since been made conscious of the plastic surgeon’s affair. “Because I wasn’t nasty towards him and we were playing the role of this happy family life — and of course, he was so remorseful and, you know, always petting me, trying to kiss [and] care [for] me — after a while I was just like, ‘You know what? Let’s just pretend this never happened.’ And that’s what I did.”

Since Jennifer joined the Real Housewives franchise in 2018, she and Bill have handled quite a lot of hypothesis about their relationship. During a January 2019 episode, Margaret, 54, alleged that her costar’s marriage was on the rocks and that Bill was “sleeping in the pool house.”

At the time, Jennifer fired again, “My husband doesn’t sleep in the pool house, honey. I’m secure in my marriage, so it doesn’t bother me where the f–k he sleeps.”

The Macbeth Collection designer, for her half, defined earlier this month that she didn’t want to hurt her castmate by outing Bill’s affair. Instead, she merely needed to level out Jennifer’s “hypocrisy” on the present.

“I was like, ‘You’re not honest and you’re not honest with everybody.’ And it’s bad. And I think that’s why I had said it,” Margaret instructed Page Six on Thursday. “Listen, I didn’t want to cut her to the core, and I did not want to hurt Bill. That’s not what the intention was.”

The Real Housewives of New Jersey airs on Bravo Tuesdays at 8 p.m. ET.